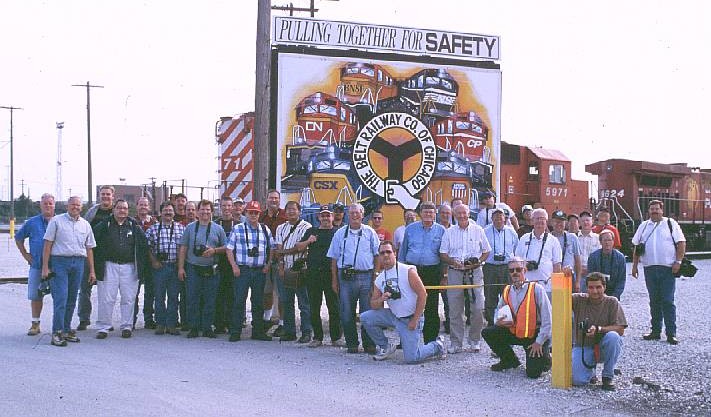 NWI chapter members pose in front of the mural at the entrance of BRC's Clearing Yard.

The Chapter Journey to Corwith and Clearing - Lance Wales