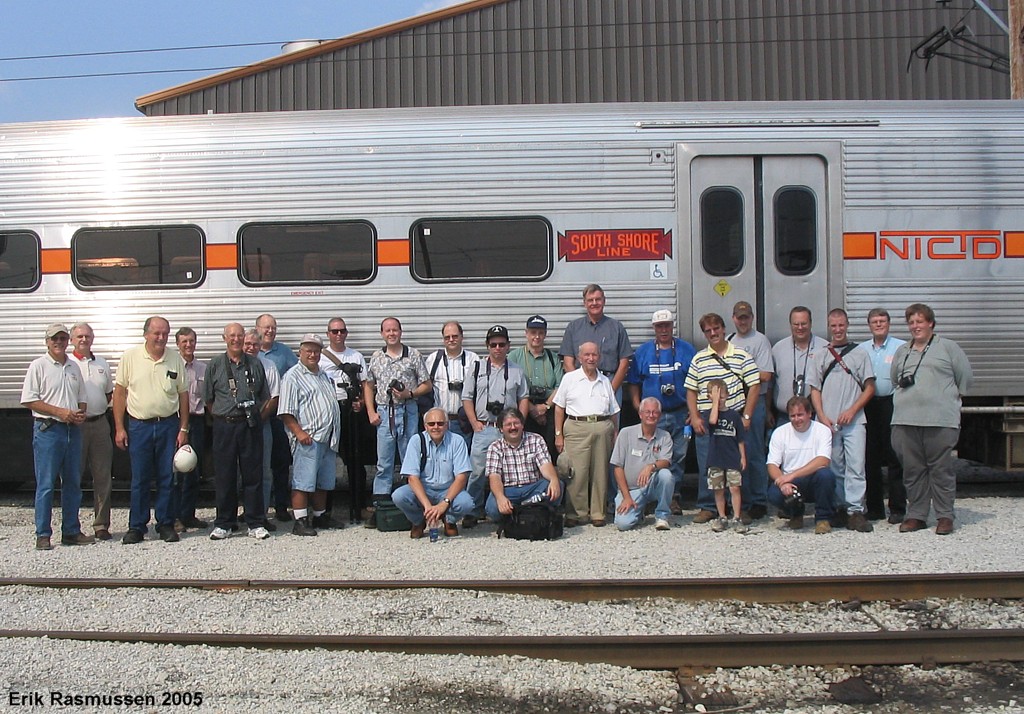 NWI chapter members pose in front of a South Shore car at their Michigan City, IN shops.